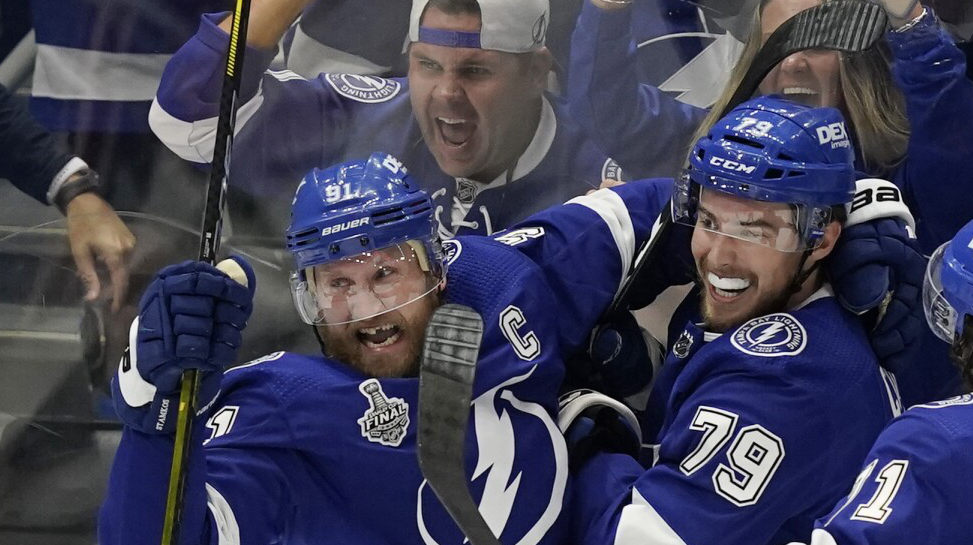 In what was anticipated to be a very though game, an OT goal by Steven Stamkos gave the Tampa Bay Lightning the 3 – 2victory against the Boston Bruins on Saturday night.

Boston failed to go on a winning streak at TD Garden on Saturday, although the Bruins gave it their best. The game was billed as a hard nut to crack and the Lightning came to Boston ready to defend their high division position. But the Bruins stood strong on the ice and an overtime was needed to find out the winner of the game.

The night did not start well for the Bruins fans gathered at the TD Garden. Tampa Bay was the first to open up the scoring, when Taylor Raddysh capitalized on a Sergachev assist and put the Lightning ahead by a goal 14 minutes into the game. Ondrej Palat doubled the Tampa Bay lead in the second period, scoring early on with barely 3 minutes on the clock.

But Boston wasn’t just going to roll over without putting up a fight. With a few minutes left in the second, Charlie Coyle put the pick behind Vasilevskiy and the Bruins were back in the game. The home team began pressing early into the final period and Curtis Lazar drew the game even at 4:44. From then on – both teams were working the ice trying to find the winning goal, but neither managed to succeed.

It all came down to over-time performance, and much to the chagrin of Boston players and fans alike, Tampa Bay’s Steven Stamkos was the one to find the net after one minute and thirty one seconds of overtime play. The Bruins have much to regret, considering they outshot the Lightning by a large margin all game long, finishing with 39 shots, compared to Tampa Bay’s 25. The visitors also gave away the puck almost twice as many times as the Bruins, alas Saturday wasn’t Boston’s night.

Following the loss against Tampa Bay, the Bruins are now 12-8-1 this season and are gearing up to face off the hapless Canucks in Vancouver on Wednesday. The Canadian team is sitting at the bottom of the Pacific division, having won only eight of their 25 games this season.